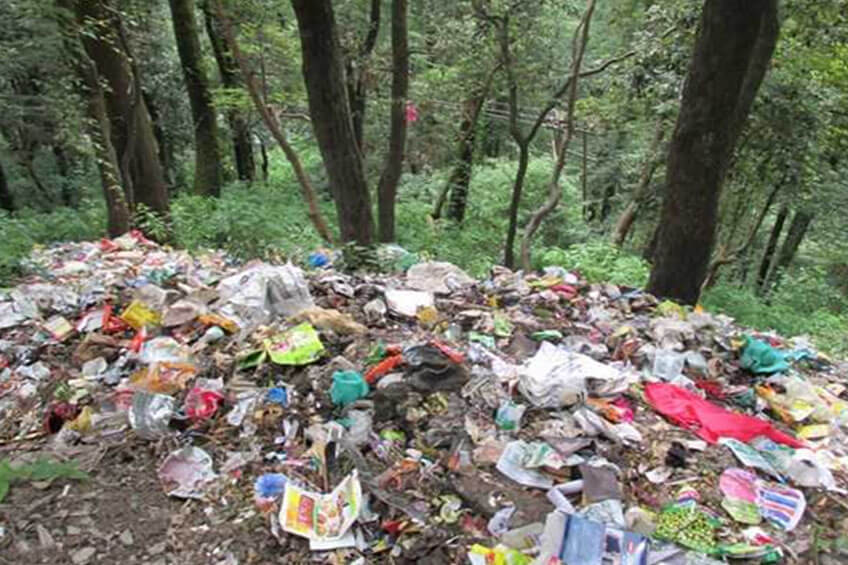 CLEAN MURTI TO CHANDRACHUR WATCHTOWER
An AIM Initiative to safeguard our invaluable forests Gorumara forest is a national park located in West Bengal. It resides in the lap of the Himalayan foothills and is popularly known for its budding rhinoceros’ population. The reserve forest of Gorumara Park was given the status of a wildlife sanctuary in 1949 due to its land serving as a breeding ground for the Indian Rhinoceros. The park was initially only 7 km and has since then grown to a sprawling 80 km by incorporating neighbouring lands. The forest is void of man-made structures which adds to its natural beauty but it does have a British-era forest bungalow and a watchtower. The Chandrachur watchtower stands tall in the middle of the Gorumara forest offering a vantage point and a beautiful panoramic view of the fauna residing around it.

EFFECT OF LITTERING IN FOREST:
Due to the wild life sanctuary being a popular tourist spot, the park is vulnerable to littering and other ignorant human habits. Unfortunately, the animals that live in the forest bear the brunt of the effect of these bad habits. Littering forests and the pathways inside them can be traumatic for their ecosystem, disturb animal behaviour and endanger the life inside the forests. Unmanaged littering can also trigger forest fires and cause a mass displacement of many endangered species. Cleaning our forests and maintaining their pristine quality is vital for the survival of these green patches and the endangered species that live inside them.

AIM INITIATIVE:
In order to combat the pollution and littering in and around Gorumara Forest, AIM Foundation in association with Abasar and Department of Forest, West Bengal organized “Clean Murti to Chandrachur Camp” campaign, a 5 km stretch cleaning of the Gorumara forest on the 11th of January, 2021, followed by a Medical camp at Abasar. Addl. Commissioner of Income Tax, Mr Sanjay Mukherjee (IRS), ADFO, Gorumara Wild Life Division, Ms Rhea Ganguly (IFS), Joint Commissioner of Income Tax, and Officer-in-charge Matelli Police Station, took out time from their busy schedules and graced the campaign as the Guests of Honour. The campaign also witnessed active participated by locals. Chalsa Range Office, Gorumara North Range Office, Gorumara South Range Office, Gorumara Nature Guides Association, Gypsy Owners’ Association along with some local people participated in the 5 km stretch cleaning campaign. Students of Parimal Mitra College, Malbazar also volunteered to be a part of this campaign. After the successful cleaning dive, a lunch was organized at Abasar for all those who participated in the campaign, as a token of appreciation.

We at AIM Foundation are grateful to all the people who were a part of this initiative. Environmental protection is the need of the hour. If we want to leave behind a youthful and resourceful planet for the upcoming generations, the change has to begin now, even if it is just one small step at a time. All citizens must come together and take a pledge: “NEVER LITTER”!